The TOUR SALON Fair started on Friday, February 14, and lasted until Sunday. The exhibition presented a total of almost 100 regions, cities, counties, travel agencies, tourist facilities and amusement parks. The visitors could learn about the tourist attractions, among others, of Wielkopolska and the city of Poznan, Lubuskie Province, Mazovia, districts and organisations operating in the Kashubian region, as well as sites that in 2019 were awarded the title of “Polish Tourist Brands”: Torun, Lublin, Cieszyn Silesia, the Beskidy Mountains and the Land of Loess Gorges. Overseas regions and cities, including Ústí nad Labem, Hesse, Dominican Republic, Brno, Kharkiv, Kutaisi, and also hotels and camp sites located in Italy, Georgian travel agencies or Portuguese tour operators also inspired to travelling.

There were also attractive proposals for leisure activities prepared with particular attention to the needs of families with children. Visitors were encouraged to travel and discover the taste of adventure, among others, by Energylandia Amusement Park, Mikroskala Mock-up Park, the youngest ZOO in Poland in Lubin and the ZOO in Poznań, as well as the participants of the project “Rest in the countryside” of the Ministry of Agriculture and Rural Development such as “Zagroda na Zadupiu” (“Farm in the middle of nowhere”) from Sycyn that with the smell of freshly baked bread encouraged to participate in bakery workshops, and promoted spending holiday away from the hustle and bustle, where you can fully experience contact with nature.

The first day of TOUR SALON was marked, among others, by industry meetings. Training for members of the National Association of Tourist Agents took place in the morning. Representatives of the Marshal Office of Wielkopolska and the Wielkopolska Tourist Organisation met with tour operators and providers of accommodation to talk about responsibilities in the light of the new legislation. Representatives of cities, counties, tourism organisations also took part in training sessions on the promotion of the use of the potential of Instagram held under the patronage of the “Marketing w Urzędzie” (“Marketing  at the Office”) monthly, and a photography workshop.

On the first day of TOUR SALON we also hosted students from schools in Wielkopolska who participated in classes  dedicated to nature, ecology, history prepared under the project “Najlepsza Lekcja Ever” (“Best Lesson Ever”), and also in a design and  3D printing workshop. The educational offer prepared by the partners of the fair, such as the Museum of the Origins of the Polish State, Laboratory of Imagination of Poznan Science and Technology Park, Mikroskala Mock-up Park, Poznan ZOO or Reiss Football Academy, was this year used by more than half a thousand students from the Wielkopolska region. 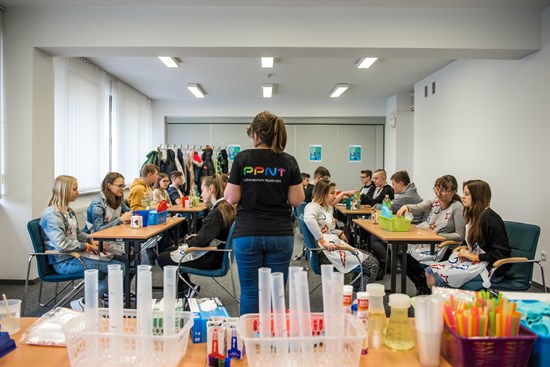 Friday also featured the official opening of the fair with the participation of Przemysław Trawa, CEO of Grupa MTP, and distinguished guests including Jacek Bogusławski, Member of the Board of the Wielkopolska Region, Mariusz Wisniewski, Deputy Mayor of Poznań, and Robert Andrzejczyk − President of the Polish Tourist Organisation. During the inauguration, the awards as part of the “Rose of the Regions” contest organised by the editors of the 'Wiadomości Turystyczne' biweekly were presented (list of winners >>).

An important event in the TOUR SALON program was also a conference of Ryanair and Ławica Airport in Poznan with the participation of Michał Kaczmarzyk, CEO of Buzz − an independent airline within Ryanair, and Grzegorz Bykowski, Vice CEO of Ławica Airport. During the meeting, the most extensive flight schedule in the history of Poznan  for summer 2020 including 7 new connections to Budapest, Kharkiv, Lviv, Odessa, Paphos, Paris and Podgorica. According to projections, air traffic  in Poznan will increase by 10%, and Ryanair will handle 1.1 million passengers using the services of Ławica Airport. 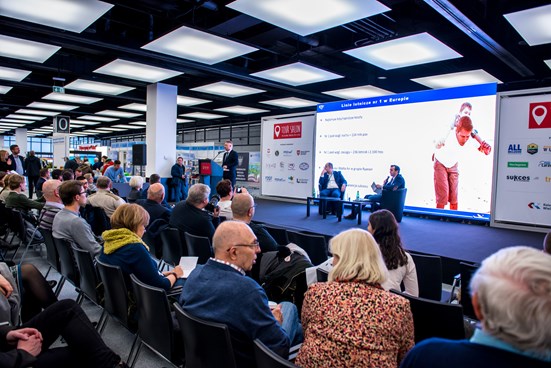 Saturday and Sunday at TOUR SALON were mainly filled with meetings with travellers. Among others, Marcin Glądała and Paweł Wach from the Soloists Travellers Club, Dorota Chojnowska travelling on a bamboo bike, Magdalena Gorlas − participant of the Mongol Rally 2019, Kasia and Łukasz Będzińscy − the authors of the blog “Where the sun rises for us”, appeared on the stage.  Thanks to them TOUR SALON guests could take a journey through almost all continents and learn about the history, traditions and beautiful landscapes of such places as the United States, Iceland, Montenegro, Kosovo, Northern Macedonia, Albania, Bosnia and Herzegovina, and Kazakhstan. A special guest of TOUR SALON − Adam Borowicz, who uncovered the culinary secrets of places such as Georgia and Scotland, enjoyed huge interest among the public. A huge dose of humour that accompanied the tasty stories will undoubtedly remain long in the memory of the audience that gathered at the stage. 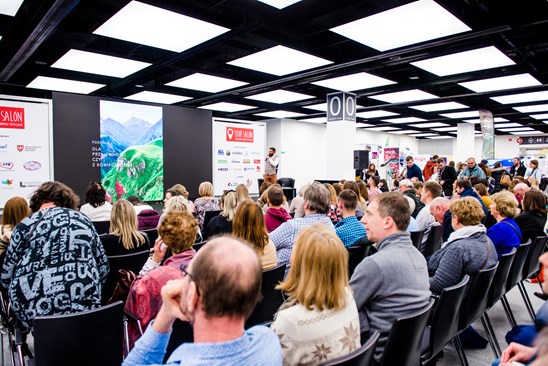 The TOUR SALON Traveller Festival also included Polish accents. Katarzyna Węgrzyn, the author of the blog “Where to spend the weekend in Poland” encouraged to explore our country. The lectures presented unusual accommodation, for instance on the mountain slopes in the Pieniny, underground routes, castles and interesting museums like the Polish Vodka Museum or the Museum of Forensic Medicine. The authors of the Camprest service discovered the charms of camper tours and gave important tips on how to prepare for such an expedition to a large audience.

The TOUR SALON Fair ended on Sunday 16 February, but for the guests participating in this event it is just the beginning of an adventure, an introduction to explore Poland and the world. “The turnout at the fair, which this year was to 9.5 thousand people, shows that we keep looking for interesting leisure activities and places which are worth a visit,  and the Internet does not fully satisfy these needs. Probably this is due to the fact that,  by definition, travellers are curious and hungry for information, which can be easily obtained in direct contact with representatives of tourist sites or travellers who passionately recounted their travels on the fair stage.” − says Alina Furmaniuk, TOUR SALON Project Director.